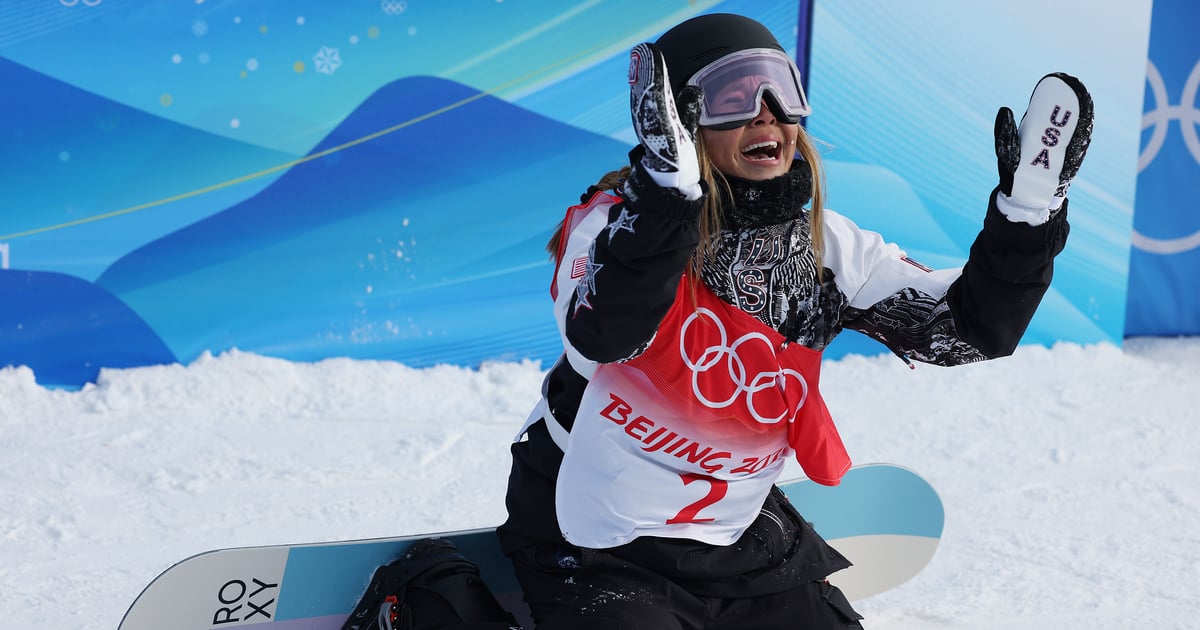 Chloe Kim was a sure favorite in the women’s snowboard halfpipe final at the Beijing Winter Olympics — and she delivered. The 21-year-old successfully defended her title from Pyeongchang 2018 with a massive bag of tricks, scoring a 94.00 in her very first run (the best of three runs stands, but no one surpassed Kim’s mark during the rest of the competition). Spain’s Queralt Castellet (90.25) and Japan’s Sena Tomita (88.25) earned silver and bronze, respectively.

And Kim knew as soon as she finished her earliest run that she’d done something special; she was overwhelmed with obvious emotion. In tears, she exclaimed that she’d had the “worst” practice ahead of the final. The first run gave her the cushion she needed to go for even more difficult jumps. She fell in runs two and three after attempting a 1260 out of a 1080, though that didn’t matter due to her initial score. Had she completed the 1260, she would have made history as the first woman to ever land that trick in competition, according to broadcast announcers.

CHLOE KIM STOMPS IT IN RUN 1.@ChloeKim‘s 94.00 puts her in the top spot in the Snowboard Halfpipe Final! #WinterOlympics

Kim qualified through to the final in first place, meaning she was last on the start list for the Feb. 10 medal event (Feb. 9 in the US). When asked if that was her intention — placing in the top spot so she could compete at the tail end of the pack — she said after qualifications that the main goal was just to make it through, “and hopefully my score holds. I’m feeling pretty confident that it will, so I’m excited.”

The California native also noted that she’s in “such a better place mentally and physically” to deal with pressures of being thrust into the spotlight — she took an extended break from the sport in 2019 to prioritize her mental health, which had plummeted due to that sudden fame.

Kim has accomplished a lot since Pyeongchang, where she became the first woman to perform back-to-back 1080s at the Olympics and, at 17, the youngest woman to win an Olympic snowboard halfpipe gold medal: she enrolled in Princeton, reportedly bought a house, and competed on “The Masked Singer.”

Now, “two-time Olympic gold medalist” is another accolade she can add to her name! Ahead, check out Kim’s reaction to her incredible first run and defending her Olympic title in women’s snowboard halfpipe.