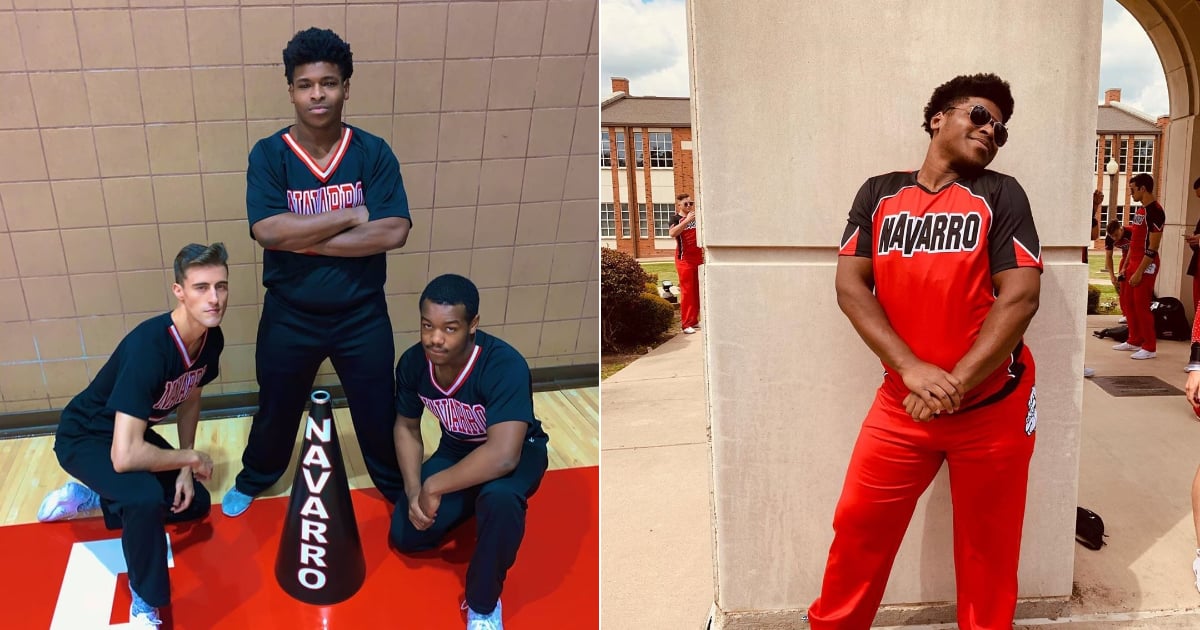 If there’s one thing that fans of Netflix’s riveting docuseries Cheer can agree on, it’s that Jerry Harris must be protected at all costs. The stunter was a ray of sunshine this season, stealing viewers’ hearts with his kindness, positivity, top-tier mat talk, and quiet determination to secure a place on the mat at Daytona. He proved his worth to coach Monica Aldama and helped Navarro take home the national championship, but when it was all over, Jerry’s storyline seemed to come to a bittersweet end: he was considering moving on from Navarro and enrolling in another school. He even posted pictures on Instagram repping a cheer uniform from Louisville, one of the universities he’d voiced interest in.

“After last season, I started to move on and go to another university,” Jerry said when he sat down with POPSUGAR last week. “But after spending a semester there, I realized it wasn’t the place for me, and it wasn’t my home.”

You might have had some sneaking suspicions when Jerry posted an Instagram photo in a Navarro uniform, with the caption “Back and better than ever,” but we can officially confirm it: he’s back with the Navarro squad for another season! “I asked Monica to come back,” he said. “I’m just happy to be here.”

And while there’s no news yet on whether we’ll have a second season of Cheer — or whether Navarro would be the subject — just knowing that Jerry’s back in Corsicana with the rest of the team (including La’Darius, Morgan, and Lexi) definitely brings a smile to our faces.