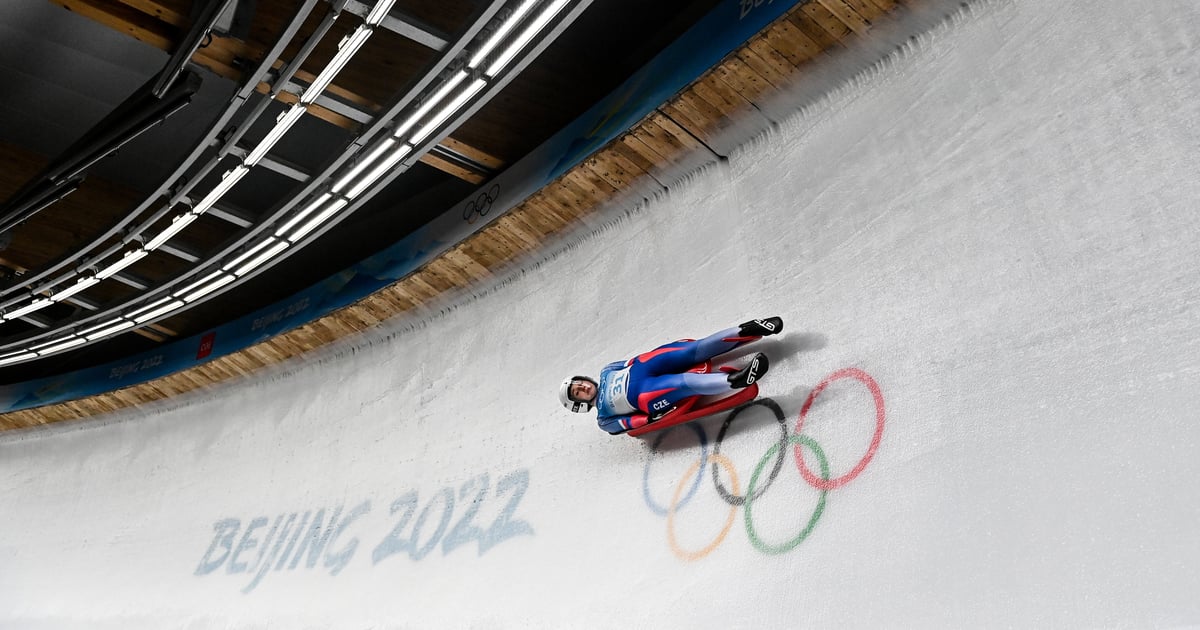 POV: you’re at the #WinterOlympics competing in luge. 🛷 pic.twitter.com/raRIrAcrTp

NBC Olympics shared a video of the Olympic luge track from an athlete’s point of view, and I am, in a word, unwell. As in, I think my heart may be racing faster than this luger, and that’s really saying something. There’s no arguing that luge is one hell of a dangerous sport. For goodness’ sake, these athletes fly through a luge track on their backs, feet first at crazy-high speeds. But if you want to grasp the sheer magnitude of risk involved in this sport, you’ll definitely want to hit play (and then replay) on this behind-the-scenes video from the 2022 Winter Olympics in Beijing.

The clip gives fans a glimpse into what it’s like to soar through the luge track at the National Sliding Center in Yanqing, a mountainous region outside of Beijing, where the luge, skeleton, and bobsled events take place. As one fan on Instagram pointed out, the best way to sum it up is “unreal.”

Luge may look like an adrenaline junkie’s dream, but the sport requires great athleticism and focus. While the speed at which these athletes travel easily makes luge one of the most dangerous events at the Winter Games, the sled’s steering mechanism makes navigating the track even more precarious. Plot twist: there is no steering wheel, nor is there any braking assistance. Watch the video closely, and you’ll see how the luger lightly applies pressure to one of the runners to help steer the sled. If a luger applies too much force, they may lose control of the sled and be at serious risk for an injury.

Luge is high stakes, which is what makes it so fun to watch on TV. But because these Olympians soar across our screens in 90 seconds or less, it’s difficult to fully grasp what’s happening within the sled or on the track for that matter. Well, now you know.