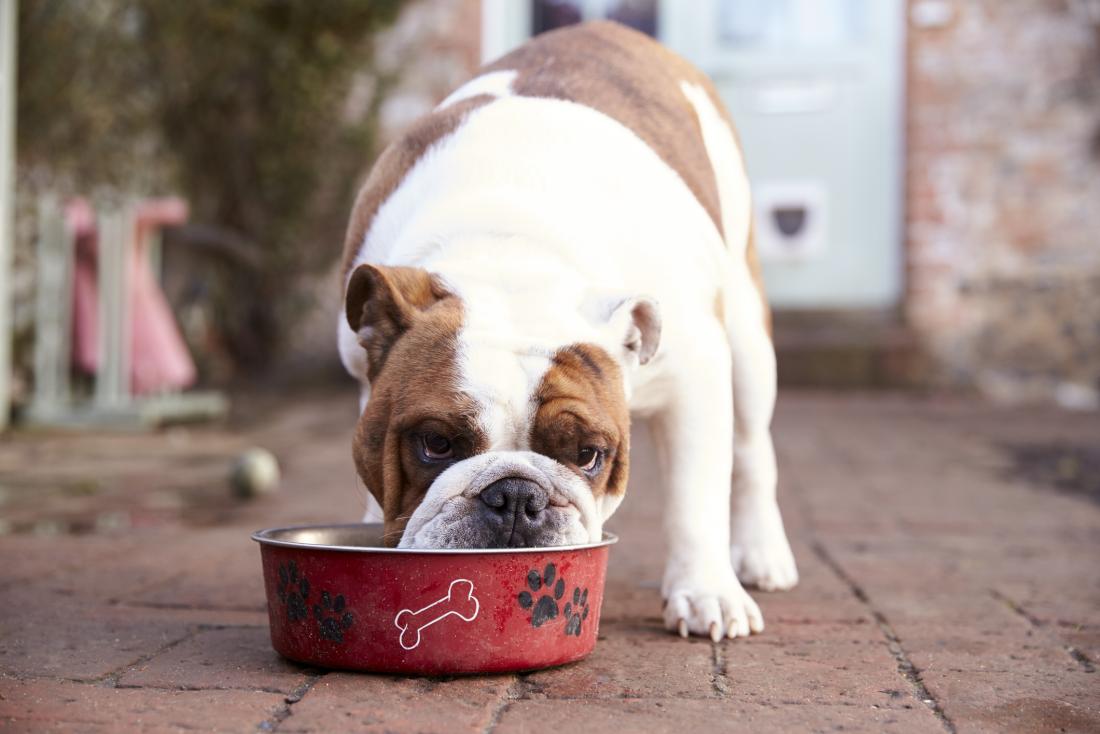 A number of dog owners believe that feeding their pets raw food is naturally more healthful.

Some people refer to this diet by the acronym “BARF,” which stands for “biologically appropriate raw food” or “bones and raw food.”

Veterinary surgeon Ian Billinghurst initially promoted this diet. He argued that dogs, and some other animals, are naturally meant to eat an exclusively raw selection of food.

A recent study in the BMJ journal Vet Record, however, warns that commercially available raw meat based food is potentially dangerous for both dogs and their owners.

The researchers who conducted this study — from the Swedish University of Agricultural Sciences and the National Veterinary Institute, both in Uppsala, Sweden — explain that raw meat products do not receive any heat treatment prior to freezing.

This, they fear, could mean that these foods end up harboring different species of harmful bacteria. To find out if this is the case, the team collected and analyzed samples of 60 different raw meat products from 10 separate companies in Sweden, Norway, Finland, Germany, and England.

The raw meat based products that the researchers analyzed were all available as dog food, and each contained one or more of the following ingredients:

Additionally, some of the raw foods also contained vegetables, vegetable fiber, and minerals.

First study author Josefin Hellgren and colleagues analyzed the samples, screening for bacteria that can be dangerous for both dogs and humans. They looked specifically for bacteria belonging to the Enterobacteriaceae species, as well as Clostridium perfringens, Salmonella, and Campylobacter species.

They found that all the raw food samples contained species of Enterobacteriaceae, which typically indicate fecal contamination.

Also, as many as 31 (52%) of the food products contained a level of bacteria highly in excess of the European Union’s maximum safety threshold of 5,000 bacteria per gram.

Still, most of the bacterial species in the raw food samples do not normally cause infections, the researchers note. However, there are some exceptions. One of these is Escherichia coli, which was present in approximately one-third of the samples the investigators analyzed.

Other bacteria that indicated fecal contamination and poor hygiene were also present. One of these, C. perfringens, made an appearance in 18 (30%) of the food products. In two of these samples, the bacterium was present in quantities that exceeded Sweden’s safety limits.

Salmonella was also present in four (7%) of the raw dog food products, while Campylobacter species appeared in three products by different companies. Both of these types of bacteria are transmissable from animals to humans and can cause infections in both.

Still, the researchers explain that they only found some harmful bacteria, such as Campylobacter, in very few food samples — probably because they are very sensitive to freezing temperatures.

Bacteria easily pass on to humans

The investigators say that their findings suggest that it is extremely important for manufacturers to ensure that they are storing and handling raw meat based products safely before placing them on the market, to make sure that they do not end up threatening the health of dogs and their humans alike.

To ensure the safety of raw food products, the researchers recommend that manufacturers — and pet owners who buy them — should:

The researchers warn that the bacteria present in raw dog food have a way of quickly spreading around. If juices from raw meat splash on floors or other surfaces, for example, humans can easily come into contact with them and potentially become infected.

Also, dogs that have eaten raw foods that harbor bacteria could pass them on to humans by licking them affectionately right after a hearty meal. The researchers emphasize that the risk of infection is particularly high among certain human populations.

“Dogs in families with infants, [older adults], or immunocompromised individuals should also not be fed [raw meat products], as these groups are more susceptible to infections.”